We’ve seen some strange things on our travels. I guess that’s what makes travelling in Australia so interesting and so much fun. 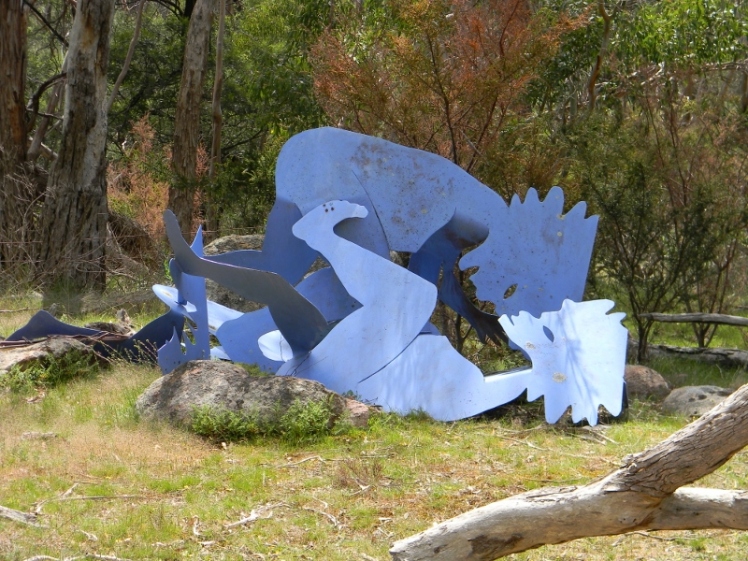 It’s not often you see kinky art in country paddocks but at Mt Cole State Park these two are permanently intertwined.

This is in the same paddock.

Makes you wonder what the artist was thinking at the time. 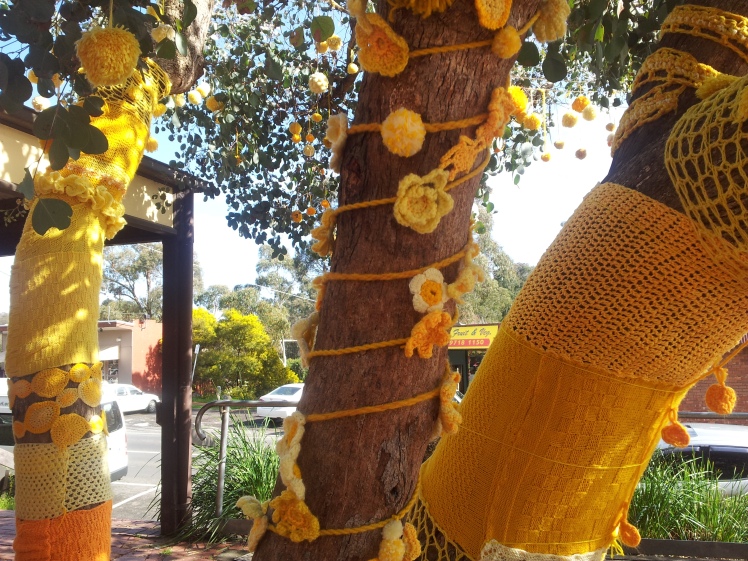 From kinky art to yarn bombed trees is a bit more tasteful but it’s still not something you see every day.

Nor is a knitted street sign rugged up for the winter in nearby Strathewen.

Some people will put all sorts of things on a pole.

Have you ever seen a Ute on a pole? This one’s at Pooncarie. Or a tractor towing a speed boat in the ocean?

Then there’s our fascination with big things.

I’m sure other countries have these too.

We have the big Barramundi in the Daintree, the big banana in Coffs Harbour, the big koala near the Grampians, the big galah in Kimba and the big pelican in Noosa.

Then there’s the big prawn, the big guitar, the big pineapple, the big peanut, the big gumboot, the big crab and the big dog on the tucker box … the list goes on and on.

I haven’t even begun to scratch the surface.

Maybe we’ll meet up with The Big Croc when we’re up north. Apparently he sits outside a service station in Humpty Doo in the Northern Territory. 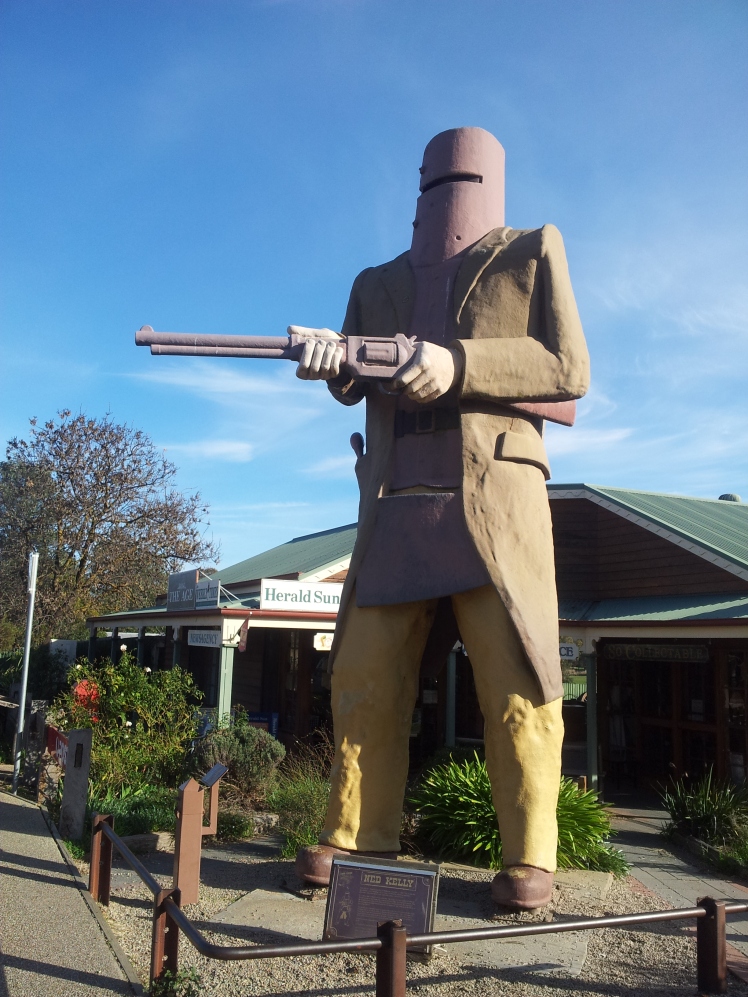 Then there’s our strange looking locals.

Many of you will have met them before on my blog.

They’re not really as fierce as they appear. Unusual, yes. scary looking? maybe, harmful? not overly, at least not this fella.

Still, I wouldn’t want to mess with him in the dark.

We often label things as unusual when they’re out of the ordinary. But we’re all a bit that way, aren’t we?  I prefer to call it unique.

We’re all unique, every single one of us. Whether by our looks, our mannerisms or our lifestyle, the way we think or what we do, being unusual is a natural state and all about accepting who we are.

If you’re not willing to risk the unusual you will have to settle for the ordinary. Jim Rohn

Life would be boring if we were all the same.

Here’s to embracing all our quirkiness and differences.

Keep smiling, think big and never be afraid to be yourself … beautiful, bold and unusual.

Flashback to Dunkeld a few weeks ago and walking through this incredible kitchen garden 🥬🍅🥦 (the largest in Australia) with Head Chef Robin Wickens. Swipe to see more pics of the gardens at @royalmailhotel. A place that celebrates food, wine and nature. 💚🍷 (New blog post in bio)
Autumn vibes amid a carpet of golden colour. The seasons are changing so quickly. 🍁🍂
From beach bliss to feel good music, life’s what we make it. Let the good vibes flow this week. 🥰💙
Brilliant end to the weekend with an afternoon/evening of laughter, good friends and great live music at the #standrewspub . Swipe to see some of the fun. 😎🎵💃
Making the most of another weekend and our gorgeous spring like weather at Red Bluff Cliffs and Half Moon Bay. Have a magnificent May. 🧡
What a gorgeous autumn day to stop and smell the roses. Okay, there really weren’t any🌹but time luxuriating in the sun and a bit of chilling out is sure good for a gal! Harry had the same idea. Loving the simple moments. 💚💚💚