Sometimes when we need some nostalgic magic it’s good to remember special places we’ve visited.  For me, there are few places in Australia I’ve travelled to that invoke such a sense of spell-binding wonder than Mungo National Park.  There’s something magical, almost spiritual about the outback wilderness of Mungo in NSW.

Friends had told us how special it was. They also said it was hard to describe, that to truly understand you had to experience it firsthand, and they were right.  But, I’ll try anyway.

Mungo is an archaeological wonderland. And seeing it for the first time is like stepping foot into another world. It felt as though we were on another planet. Red earth, vast barren plains and a dramatic landscape which transports you out of the ordinary.

Years ago this was a vast lake system. Today there are ancient lake beds and otherworldly shapes of the lunettes carved from ancient lake sand dunes gradually covered in clay over many thousands of years.

Here the oldest human remains were found outside of Africa, dating to around 40,000 years ago, Mungo man and Mungo Lady.  These discoveries gave scientists clues on how ancient tribes lived and adapted to climate change more than 40,000 years ago.  It’s mind-boggling stuff. 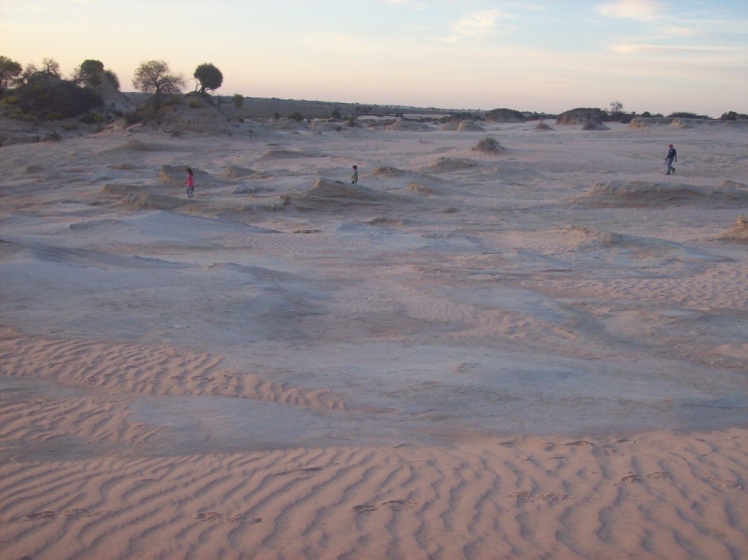 What a place to have a history lesson … learning about our world from Aboriginal elders in such an awe inspiring place. No wonder it has a World Heritage listing. 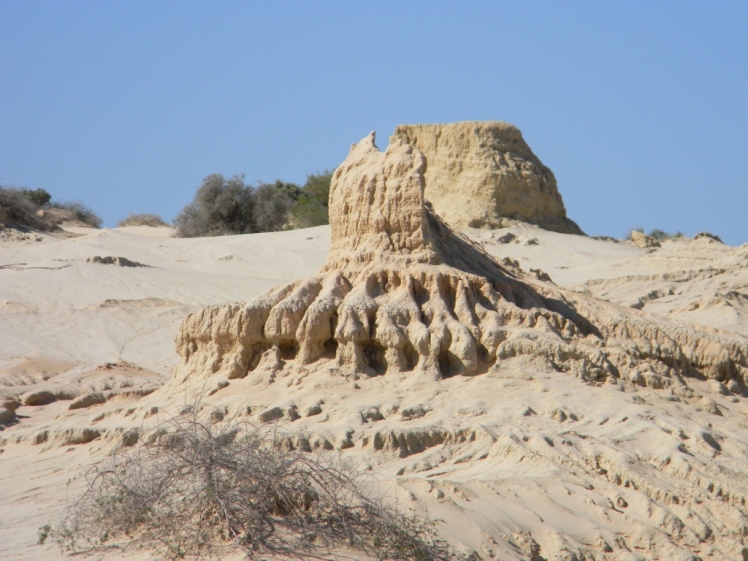 Such a dramatic landscape during the day

And at night as the sun lowers in the sky the magic intensifies.

Whether you camp under the skies and enjoy the bliss of a camp fire (which is what we did) or stay overnight in the lodge there’s a tangible sense of being somewhere magical. 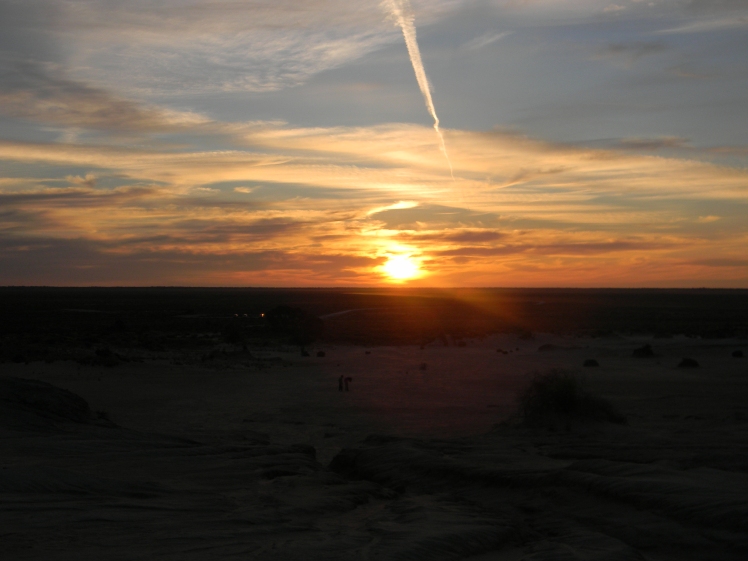 Travel always transports us – special places invoking all our senses and heightening our experience.  Mungo did that for me, it ignited all my senses and left an indelible impression.  At night amongst starry clear skies it was easy to meditate and believe we were the only ones here.

Where ever you are today, I hope the magic of life inspires you.  May you be transported to a place of beauty in your own world, where ever that may be.  Have a magical weekend.