Loving Life On and Off the Tracks

I’ve been to Tasmania at least five times. I’ve camped, hiked, cycled, sailed, eaten and drunk my way from one end of this island state to the other. But I still haven’t seen it all.

This holiday season I’d contemplated a family camping trip along the east coast but it didn’t eventuate. However, it got me thinking, about the reasons I why love it so much. So here are six of the best, at least in my eyes:

The mountains and pristine landscape

To me, Tasmania is a bit of a mini- New Zealand. It’s compact but it boasts mountains and waterfalls, pristine rivers, rugged ranges and coastal paradises. There are short walks and longer wilderness treks.  In short, the scenery is breath taking, particularly along the west coast.

From the penal settlement of Port Arthur to the historic town of Richmond Tasmania has plenty of torrid stories to tell about early convict life in Australia. It’s a living history book to be discovered.

From cheeky possums in camping grounds to the grumpy and not-so-friendly looking Tasmanian Devil in wildlife sanctuaries you’re bound to meet a few wild locals … just make sure your food boxes are secured if you’re camping! 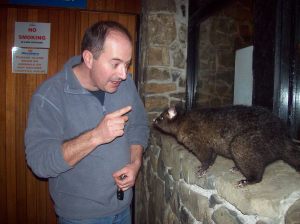 Years ago in my wild youth I went on a Camping Connection tour in Tassie and ate and drank and adventured for ten days. It wasn’t fine dining but eating in the great outdoors didn’t get much better back then.

Today Tassie has an abundance of world class wineries, fine cuisine and amazing restaurants and  I’ve returned numerous times. Once for a relaxing birthday weekend with Doug where we enjoyed many wharf-side restaurants including Hobart’s iconic Drunken Admiral. 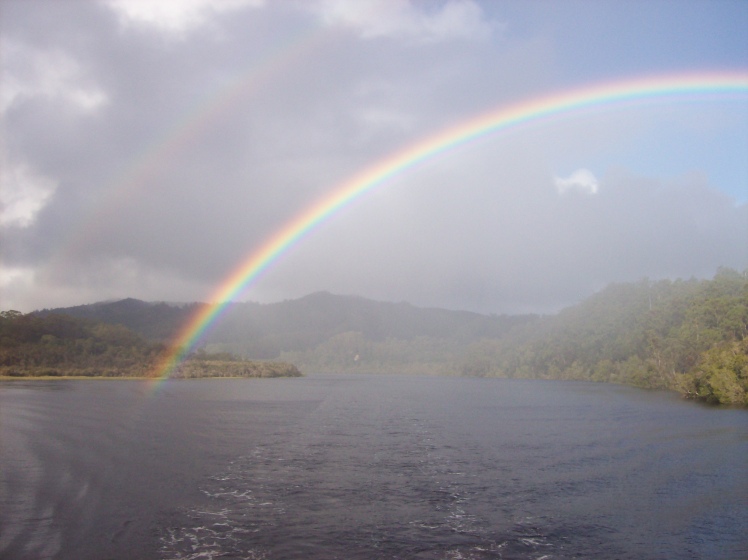 We’ve sailed across on the ferry, cruised on the Franklin River and explored the spectacular west coast. Next on the list is the Freycinet Peninsula along the east coast with its mesmorising Bay of Fires beaches. Hopefully next year.

It used to be a main-lander’s joke that Tassie was twenty years behind the rest of Australia. It was slow and old-fashioned and a bit behind the times.

That’s still largely the case today, though Australia’s most cutting edge gallery MONA in Hobart definitely refutes this claim.  But in every other way Tasmania is still blissfully remote and to me that’s hugely appealing.

A slow, relaxed lifestyle, a sense of country even when in the larger cities, roads with little congestion.  Even Salamanca Market on a Sunday in central Hobart is leisurely. 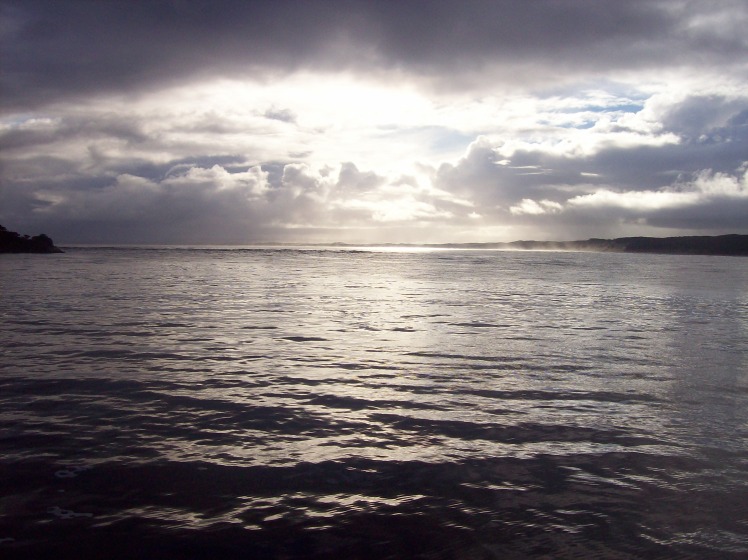 Slow and steady … and spectacular.  That’s Tasmania, just a short plane or ferry ride across Bass Strait, but in reality, it could be a world away.

I can’t wait to go back.

27 thoughts on “A taste of Tasmania”

Two’s company and three’s even more fun! Some curious, cosy lunch time locals check us out on our homeward trip today. Living life wild and free. 🍃 . . . #birds #nature #wildlife #australia #trees
River relaxation on the mighty Murray this weekend ... . . #australia #river #nature #horses
And as the change hits, the thunder rumbles and the rain starts, I hope this goes where it’s needed. Hopefully the storms won’t cause more ⚡️problems but so grateful for the rain. Amazing to see these blossoms outside my front door in the height of summer. A sign perhaps that there’s always hope. 🌸 . . #nature #trees #australia
Another weekend is here ... and skies are clear and calm after some rain, a bit of respite as we look ahead. 💙 Pic taken taken in South Australia recently, steps leading down on a day of calm waters and blue skies. You can see where we ended up on my latest blog post. “We don’t have to see the whole staircase, just take the first step”. 🙏 . . . #southaustralia #innesnationalpark #shellbeach #beach
Im the blink of an eye everything can change, so forgive often, love with all your heart and surround yourself with people flying the same path. (Photo taken last week in South Australia) . . . #pelicans #australia #nature #wildlife #edithburgh #aussieimages
Cloudy skies and rain overnight brought mild but welcome relief to fire affected areas.Hoping for lots more to come. 🙏 In the Grampians this morning we walked to the Mount Difficult Quarry, an amazing place full of history. If these stones could only talk ... Some of the stones from here were used in Melbourne’s Town Hall and State Library. A fascinating place filled with old machines, relics and stone huts from the 1860s. (Swipe to see more). 💥 . . #grampians #grampiansnationalpark #history #quarry #australia #heatherliequarry

© 2018 Miriam Blaker All Rights Reserved. If you wish to use any of the images on this site please provide a direct link to this site for credit. Thank you.