One of the best ways to explore a place is on foot and the tiny township of Walhalla is no exception. It’s even better if you’re staying the night and feel like being part of a spooky ghost tour.

However, did I want to get the pants scared off me? Or did I prefer to stay by our warm camp fire by the creek, enjoying a delicious three course dinner and drinking red wine under a starry sky.  What do you think this little camper did? 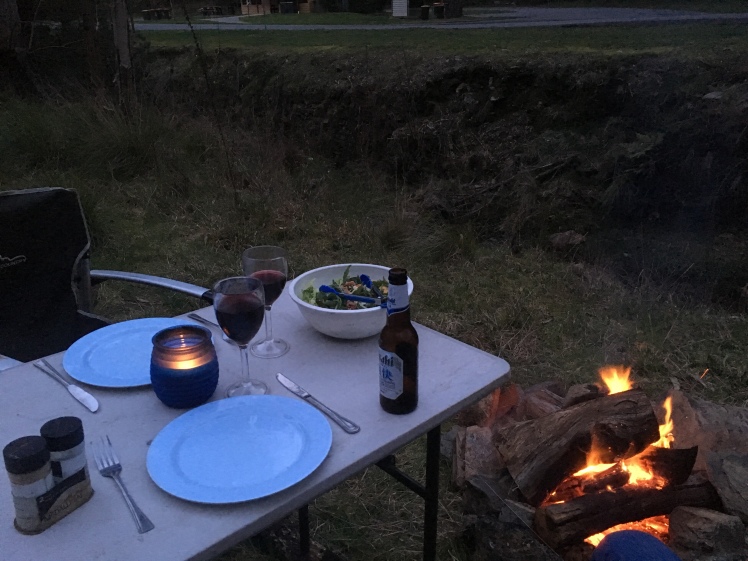 Yep, you guessed it. The camp fire won out.

But during the day, it’s a different story. Walhalla lends itself to exploring on foot.

A bit of history

Hidden in a deep valley in the isolated Victorian alps Walhalla was a boom town of the 1880s and in its prime was one of the richest gold areas in Australia. The gold harvested under the town harvested 72 tonnes. That’s more weight in gold than a Boeing 737.

When the mines closed in 1914 its demise was rapid and the town of roughly 3000 people went bust.

However some structures remained and in the 1990s, with renewed interest in Australia’s heritage, many of the homes and shops began to be rebuilt. Loving hands have since restored this town to something that resembles a toy town.

Except it’s very real and thanks to dedicated groups and volunteers it’s rich and fascinating history remains.

Today just 20 people live here, however thousands visit every year. On the Sunday we were there the Traralgon Triathalon club were running marathon circuits through the hilly town. A scenic, strenuous setting. 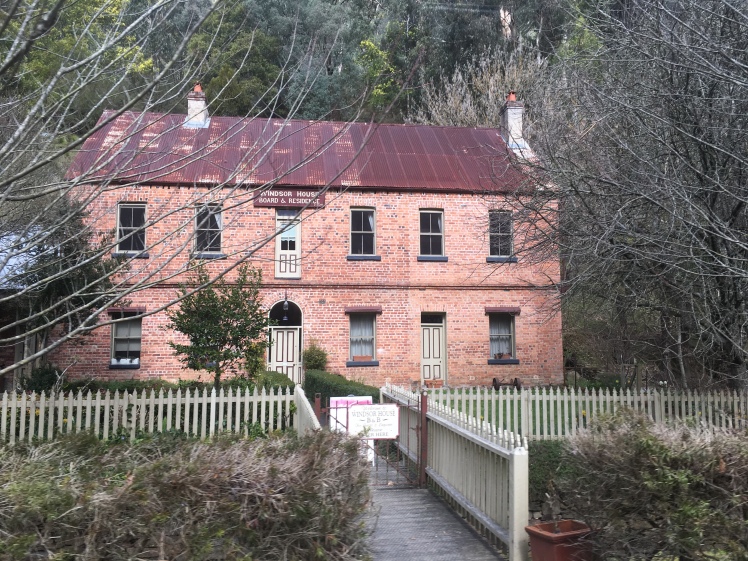 Walhalla through the years

I can remember visiting Walhalla as a little girl, on day trips that sparked the magic in me. Memories of picnics near Stringers Creek, panning for gold, walks to the hillside cemetery and the cricket pitch and the much photographed rotunda. It felt a bit like a ghost town with its weathered buildings. Years later we returned with our own kids and discovered the town had been given a face lift.

This weekend it was just hubby and I, and for the first time we stayed overnight, free camping in our van by Stringers Creek. The camping is mostly free and casual throughout the town or you can stay in a B and B or cottage, the choice is yours.

For me, walking and climbing the rotunda and exploring the old buildings was like stepping back in time.

The magic was still alive. 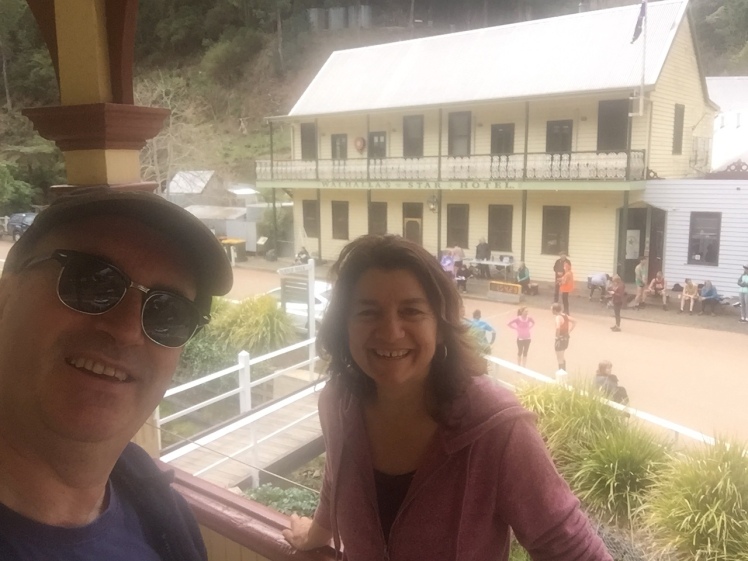 Things to see and do today

For such a small place there’s a lot to see and do so a visit to Walhalla can be as relaxed or exciting as you like:

For us this weekend it was more about rediscovering the town. A gentle easy stroll through the main street, soaking up the atmosphere and occasionally stopping to read one of the the 30 interpretative signs, enjoying a leisurely coffee.

I doubt the miners years ago had it so easy!

The fire station is unique

High above on the Tramway Walk

Walking is the best way to explore

Walhalla gets into your soul. It’s colourful in Autumn and peaceful in any season. It’s a place that time almost forgot, a town nearly buried and forgotten.

Electricity only arrived here in 1998, it was the last town in Australia to be connected. Perhaps this was because of its geography, its wilderness and isolated location. Even today, there’s no WiFi in town, making it a place to truly disconnect.

Despite it being less than three hours from Melbourne it feels a world away. Sometimes a weekend off the grid is just what’s needed, getting back to basics and savouring some much needed relaxation. No ghost tour needed, just a step back in time.

Hope you all find some time to disconnect and discover that peace.

Wishing you all a happy week ahead. Savour the magic and the moment wherever you are.

Appreciating our small patch of Earth on Australia 🇦🇺 Day - at Sanitarium Lake.
This is my latest column in the Summer edition of “On the Road” Magazine. In it I write about forging your own path in 2023. A new year, a new journey and a new way of living. 💗 So much is ahead of us, so much is unknown and there’s so much to look forward to. 🙏💫
Gotta watch out for the wildlife on the roads here in Australia, especially the dinosaurs. 😂 Someone has a sense of humour up in the high country.
This is the view from our free camp tonight, by the beautiful Mitta River in the High Country of Victoria, Jack Swasbrick Reserve, our home for the next few nights. (Swipe to see more pics).
A great place to cool down on a hot summer day, Woolshed Falls near Beechworth. Swipe for a closer look at the falls and where we are.
Back to Yack!