Life is like a game of chess. Changing with every move.
Chinese proverb

Ain’t that the truth.

When was the last time you played Chess? I had a game with my 17yo son on the weekend at his suggestion. It’s been years since we’d last played.

He set the chess board up, an elaborate wooden set I bought in Ubud, Bali many years ago before we had the kids.

The pieces are chunky and beautifully hand crafted, and it took me a while to reacquaint myself with the ‘royal cast’ after such a long time.

It was a competitive, fun game and we both played with enthusiasm and intense concentration till the very end.

As anyone who’s ever played chess knows, it takes a certain mindset to plan every move.

It took lots of focus and effort to think about where to place each piece and to be forward thinking and strategise, in order to make the best possible moves.

I thought he would win so I surprised myself with the end result.

Every pawn is a potential Queen. James Mason

Afterwards, it made me think about life. (That’s what blogging does to you!)

We talk so often about living in the moment, which is what we were doing as we were playing, but it’s also good to be forward thinking.

If we only ever think about where we are right now, we never get ahead, especially if we’re in a place of lack or a state of limbo.

So often we get caught up in old habits of thinking, instead of trying to work out what we want to achieve and where we want to be. 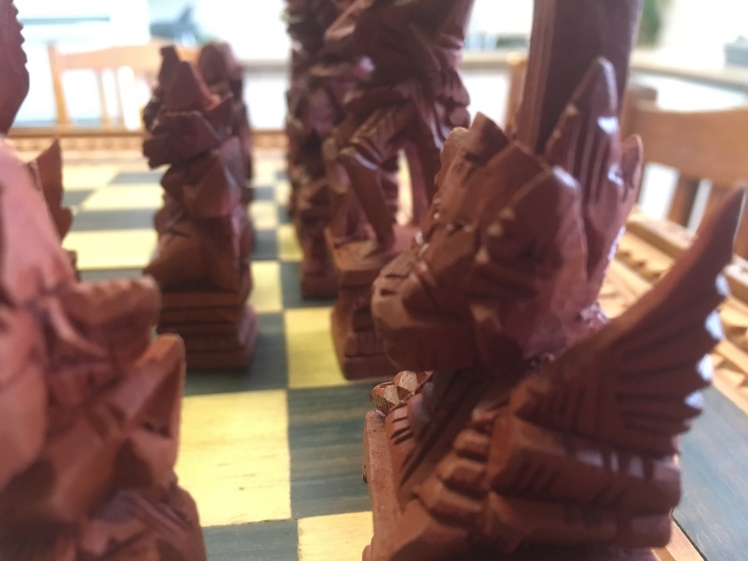 That’s when we have to remember our goals and intentions and what we need to do to achieve them. We need a plan.

Then we have to take steps to head us in the right direction. Small decisions and actions that can lead to big shifts.

Sometimes these shifts mean we have to move backwards in order to be in a better place to move forwards. It’s all in the momentum.

I lost my Queen mid match but regained her through a pawn. Yes, we often sacrifice and lose something along the way but that’s how we grow.

We make a calculated move, take a risk and mistakes happen, but we continue. We learn how we can move differently next time.

There were times during the game when I got distracted and lost my focus.

Yet there’s always another way to approach something. So I looked at the pieces from a different angle, worked out a different way to move them.

Trust in the process and hold the vision in your mind of what you want to achieve.

The path eventually reveals itself, especially when we surround ourselves with the right people (knights, bishops, queens!) That’s what makes the journey so much fun.

It’s the same with life. I’m learning that it’s okay to feel overwhelmed. The key is to remember why we’re doing what we’re doing and to have people around us that are supportive.

It’s not just to win the battle, it’s to enjoy the whole process and to learn along the way.

Daniel said to me afterwards. “How do I get better at chess?”

“It’s all about practice.”

Getting good at anything in life is about practising and being resourceful. It’s about doing what we can with what we have.

And it’s about being committed. When we commit to something those small steps can yield big results. And even though some days we might feel like we’re moving backwards, just like in chess, we eventually move forward again.

I know, I’m living it. I have so much to learn and I’m sure I’m going to have heaps of up and down days. But I’m also excited at what lies ahead.

We all have success within us. Believe it.

At the end of the day the pawn and the king go back in the same box.
Italian proverb

[For the record, these photos were taken in a subsequent mock game. While we played we were focused entirely on the game.] 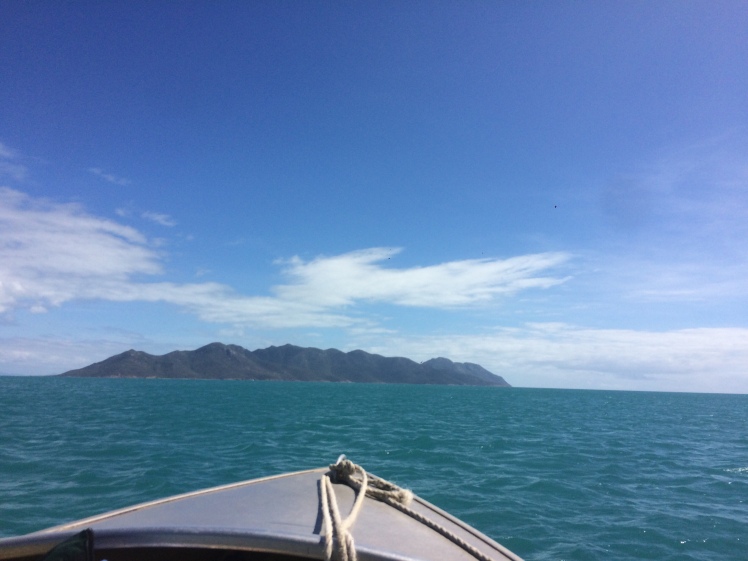 Whether your goal is saving for a trip to Bali or Hawaii, finishing that languishing book or achieving success in a training course, I wish you well in your steps to get there.

Find that excitement and passion and let it propel you forwards.

Let your focus, action and determination get you to where you want to go.

And then, the journey will continue and it will never be the same. I can feel it.

It will be even better.

Have fun as you follow your bliss into March.

In light and love.

Stay in touch and connect with me on Facebook.

The colours of Australia on the road in Spring. Today, driving from Horsham back to Halls Gap. 🌼🌼
Venus Baths 💦 an easy scenic walk from Halls Gap and the perfect way to enjoy a spring afternoon after work. The joys of working in the Grampians! Swipe to see more pics and views along the way. ⛰
The World Heritage area of Shark Bay is my latest article in print: there’s beachside camping, stunning red earth National Parks, artesian hot spas and so much more to explore in this beautiful part of WA.
“He put flowers in my hair” 😂
Be like Mr P 🦚 And his mate, Pepper the chicken..
Beehive Falls in the Grampians today. Flowing at their absolute best after all the recent rain.