The travelling was easy, though slow going, a dusty trip on a bumpy corrugated road crossing countless dry riverbeds. 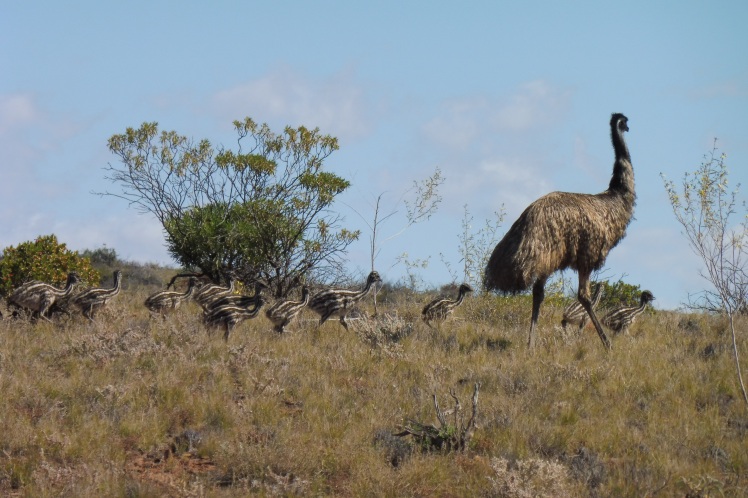 Massive eagles soaring overhead and emus and their chicks scurrying in the bushes were constant companions as we came closer to our destination. 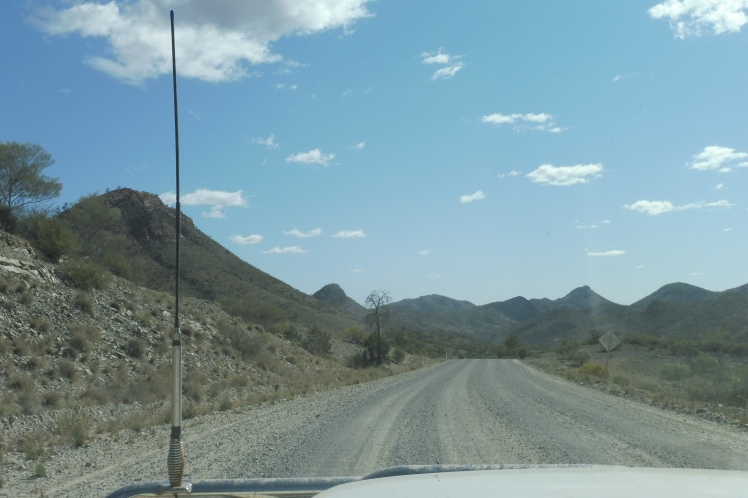 Arkaroola is Australia’s largest privately owned wilderness sanctuary. Back in 1968 a young student by the name of Reg Sprigg so wanted to protect the ancient landscape and its geological wonders that, unable to convince the state government to purchase and protect the then pastoral property, he and his wife Griselda took up the challenge. Today their adult children, Doug and Margaret continue the family love affair and manage this amazing sanctuary. 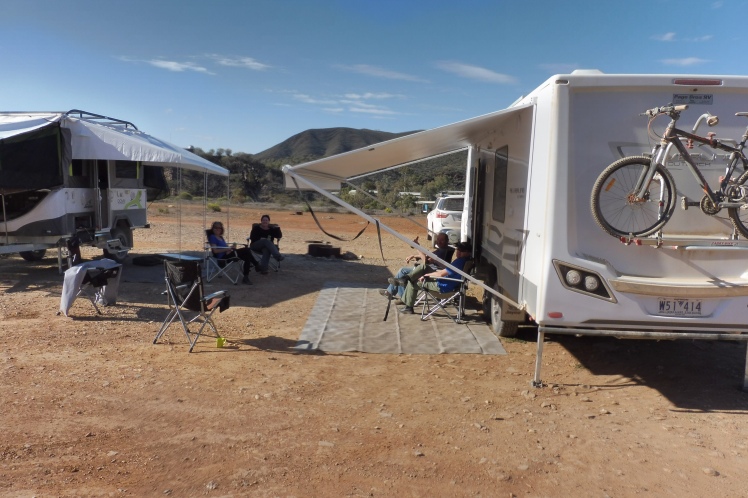 Arkaroola Village is nestled in a peaceful valley. There’s plenty of accommodation options but the best by far is sleeping under the stars. We stayed in the Caravan Park with access to power, water, fire pits, amenities and surrounded by rocky mountain peaks that glowed in the afternoon sun. What more could a camper ask for? 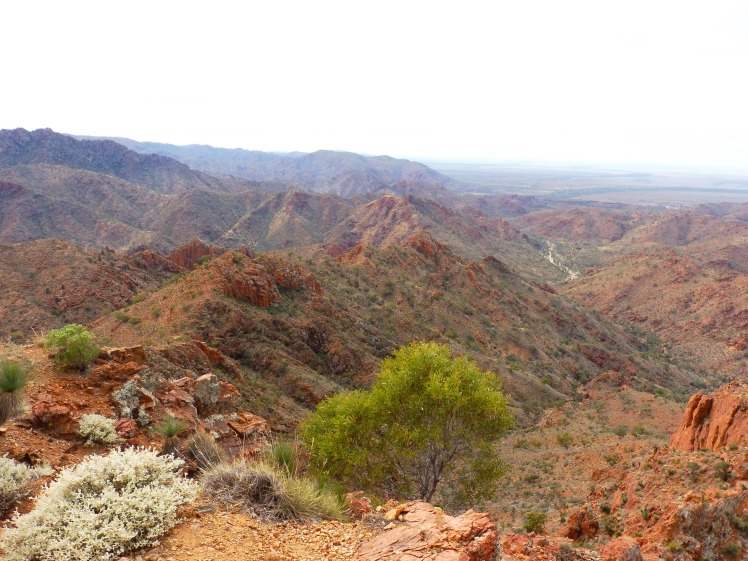 Arkaroola is ancient and you can feel it. The best way to soak it all up is on the infamous Ridge Top Tour which takes you on a roller coaster of a ride leaving from Arkaroola Village and travelling to what seems like the top of the world. Here we are, cosied up and ready to hit the tracks.

It’s a knuckle clenching four hour ride in an open sided vehicle and deserves a post of its own.  It’s one helluva ride that had me feeling like I’d had a full body workout at the gym.  My advice: sit in the back corner where you can hold on.

This guided tour is the only way you can access some of Arkaroola’s wonders such as Mount Painter, the Armchair and Mount Gee, Arkaroola’s very own crystal studded cavernous ‘Aladdin’s Cave’. 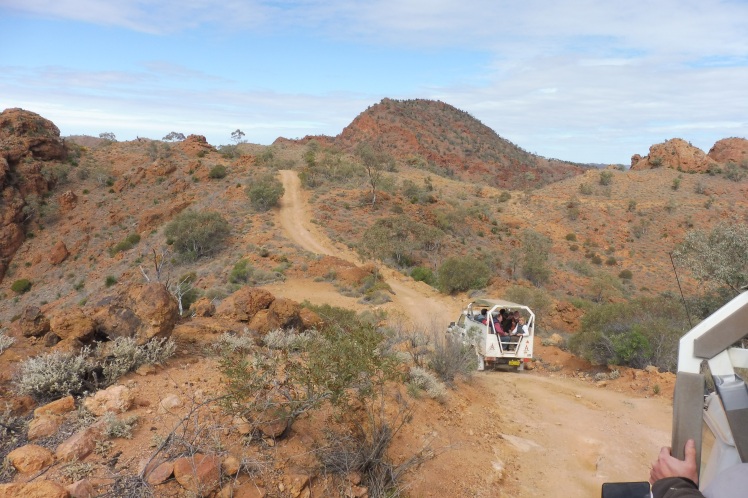 We stopped a couple of times, at Coulthards Lookout for 360-degree panoramic views, then Split Rock lookout for more photos which really don’t do the landscape justice. Hard to capture the majesty of this place in mere pixels!

Snap happy on top of the world! 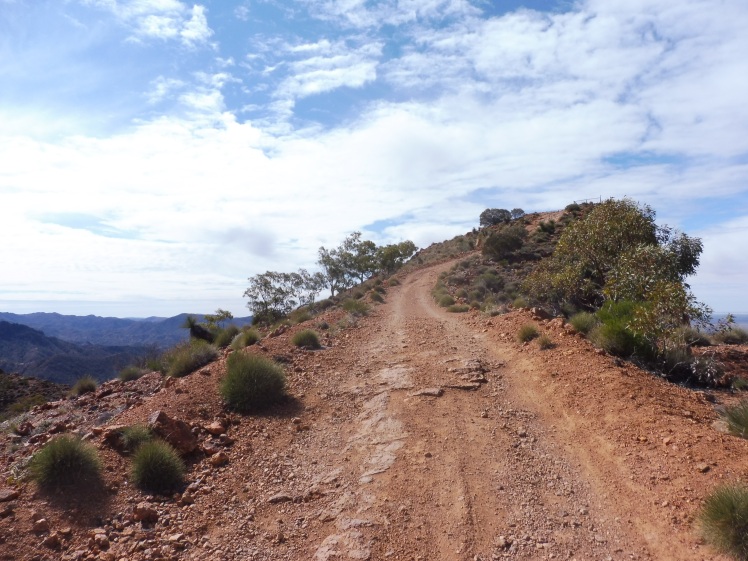 The tour ends with a final almost vertical climb to the climax – with our vehicle perched precariously atop a rock outcrop overlooking a massive drop into the East Painter Gorge. Yikes!

Tea and lamingtons were on offer while taking in the view over the ranges and plains towards Lake Frome. Pretty impressive, though us girls took it easy on the drinks!  Long way back to Arkaroola Village!

Back on terra firma a visit to the Arkaroola Waterhole is a must, particularly at dusk when the colours are at their most intense – and the yellow footed rock wallabies often came out to play.

One of the best walks in Arkaroola is the Acacia Ridge walk. You can get a lift from reception so you only have to walk one way … and it’s well worth the effort with gorgeous views from the top of the ridge.  Almost as awe inspiring as the views on the Ridgetop Tour – but without the jolts to the body! 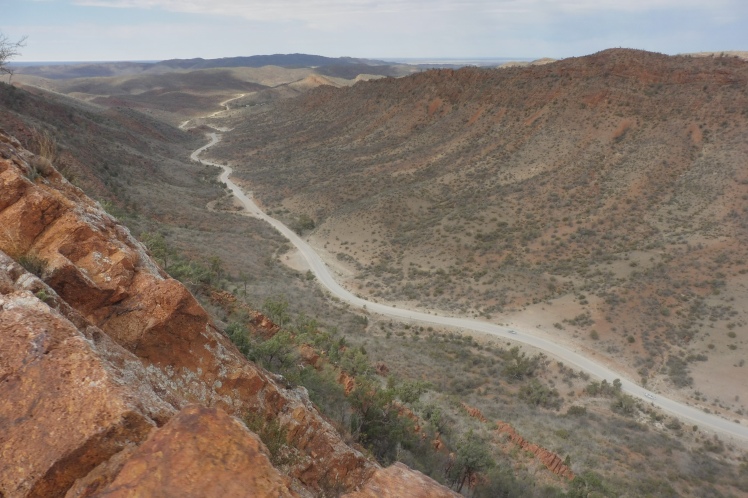 View of the road heading into Arkaroola from the Acacia Ridge bushwalk. 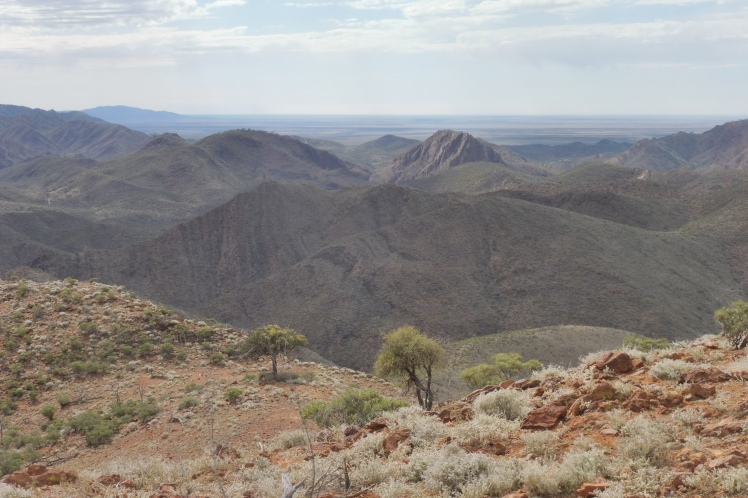 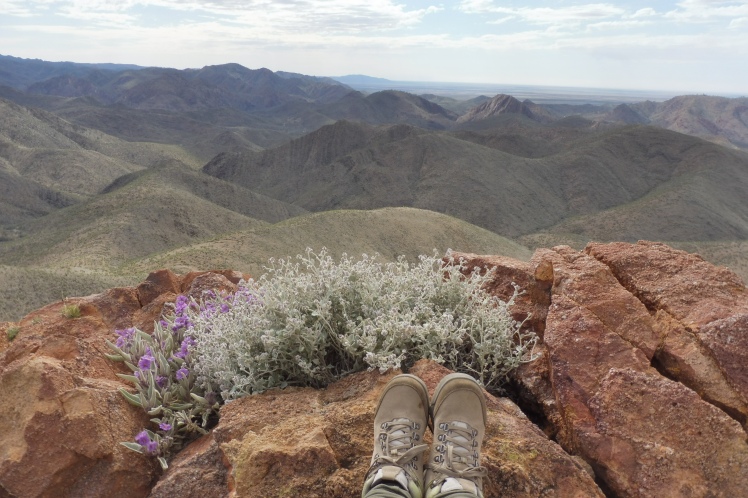 There’s little doubt that Arkaroola Wilderness Sanctuary is a special place in Australia, a timeless land. A land reshaped constantly over hundreds of millions of years by the powerful forces of nature. It is ancient, primitive and spectacularly beautiful and you could spend weeks here without even scratching the edges of its rugged surface. We did our best in three days there!